The Art Of Aging Well™ 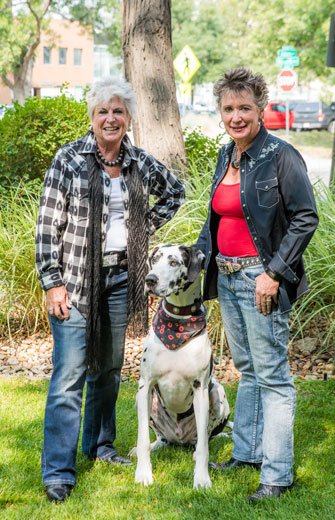 Wilhm Dakota, aka Wil, was born in Temple, Texas in June 2012 and was a rescue dog. Until the age of 1, he had moved around between homes in Texas and southern Colorado. When we found him, he was confined to a barn with a miniature donkey as his only friend. While he did not seem to be abused, he was very neglected. Wil had no social skills and did not even know his name. He was so happy to find his “forever home” in Denver in May 2013, he practically dragged me down the driveway, so he could get into the car.

Since arriving in Denver, he has spent his time being socialized, both with people and other animals, especially dogs. He has been trained as a therapy dog working with both adults and children, especially in a hospital environment. His presence has had such a calming effect on all those he interacts with that we believe having him as a part of the practice is helpful to all involved.

In addition, Wil will be offering a line of supplements for his other animal friends. The product line is distributed by NZYMES, a division of BioPet Inc. All profits from the sale of these products will be donated to Rocky Mountain Great Dane Rescue and the Denver Dumb Friends League. He has been so happy and healthy on these products, he wants to share them with others.